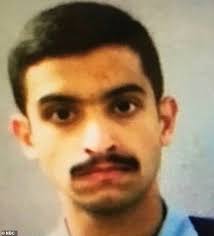 Alshamrani penned a hate-fueled manifesto on Twitter just hours before the attack, according to an intelligence group who tracked down his account

The manifesto condemned the United States as a 'nation of evil' who 'support, fund  and commit crimes against Muslims'

On Friday evening, six other Saudi nationals were detained for questioning

President Trump tweeted that King Salman told him 'the Saudi people are greatly angered by the barbaric actions of the shooter...'

Why Germany Is Going To War With Gold

Sweden And Its Welfare State In Crisis

A New 'Greenwashed' Road To Serfdom