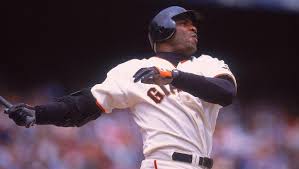 What sets him apart from other players is that he got better in the later years of his career, a time when most players see their production rapidly decline.

Before the age of 30, Bonds hit a home run every 5.9% of the time he was at bat. After his 30th birthday, that rate almost doubled to over 10%. From age 36 to 39, he hit an astounding .351, well above his lifetime .298 batting average. Of all Major League baseball players over the age of 35, Bonds leads in home runs, slugging percentage, runs created, extra-base hits, and home runs per at bat. We would be remiss if we neglected to mention that Barry Bonds hit a record 762 homeruns in his MLB career and he also holds the MLB record for most home runs in a season with 73.

But… as we found out after those records were broken, Bond's extraordinary statistics were not because of practice, a new batting stance, maturity, or other organic factors. It was his use of steroids. The same steroids that allowed Bonds to get stronger, heal quicker, and produce Hall of Fame statistics will also take a toll on his health in the years ahead.

There is No "Christian Left"