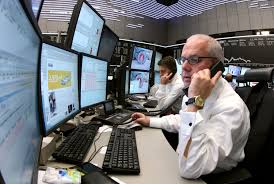 The Treasury announced the new issue Thursday, and strategists said it could start trading as early as May. Treasury will announce more details Feb. 5, but strategists say the new bond should see good demand though it may trade at a discount initially as the market adjusts to it.

On Friday, news of the 20-year triggered a so-called "steepening" trade where Treasury yields on the long end of the curve rose, like 10-year and 30-year yields, and shorter duration yields, like the 2-year, fell. Yields move opposite price. Strategists say investors were betting the new 20-year will help drive rates higher at the long end of the Treasury curve. The 10-year yield Friday rose 2 basis points to 1.82%, while the 2-year yield was at 1.55%, off from a high of 1.58%.

"You've got more supply coming at the back end, and people think implicitly Treasury won't take all of the 20-year supply out of the 10-years and 30-years, so there's more long issuance coming and there will be less front end," said Michael Schumacher, director, rates at Wells Fargo. Strategists expect the Treasury to trim back some of its 10-year and 30-year bond issuance to make room for the 20-year and Schumacher said the Treasury could pare some Treasury bill issuance, which is its shortest term debt including 1-month and 3-month maturities.