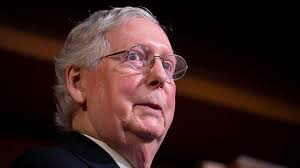 He added that he won't invoke emergency powers under the stafford act over the outbreak at this time.

Meanwhile, Trump's former Homeland Security Secretary Tom Bossert has some thoughts on what should be done right now:

I have a great public health colleague who manages outbreaks by asking: Two weeks from now, what will we wish we had done today. He puts that question in a little time capsule, and asks you two weeks later what you wish you had said, in retrospect.