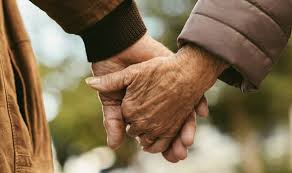 The research finds that, on average, females live 18.6% longer than males from the same species.

This is much larger than the well-studied difference between men and women, which is around 8%.

The scientists say the differences in these other mammals are due to a combination of sex-specific traits and local environmental factors.

DNA may hold clues to extinct animal lifespan
New rules could spell end of 'throwaway culture'
Has life expectancy fallen in Britain?
In every human population, women live longer than men, so much so that nine out of 10 people who live to be 110 years old are female.

This pattern, researchers say, has been consistent since the first accurate birth records became available in the 18th Century.

While the same assumption has been held about animal species, large-scale data on mammals in the wild has been lacking,

Now, an international team of researchers has examined age-specific mortality estimates for a widely diverse group of 101 species.

ARE YOU AN ALPHA? - Simon Sinek - Why Leaders Eat Last

Germans snitch on neighbours flouting virus rules, in echo of the Stasi past