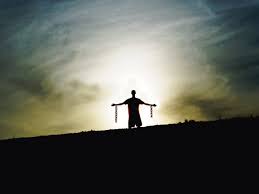 A new Hill-HarrisX poll confirms as much, as The Hill reports, "More than 7 in 10 voters fear losing freedoms due to the coronavirus pandemic, though exposure to the virus topped concerns overall, according to a poll released Monday."

In total 74% are ultimately more worried about the government taking away their rights amid the pandemic.

However, the majority of those registered voters surveyed still consider the threat from coronavirus to be grave and serious, with 83% saying they are worried about exposure, and with 73% reporting concern over potential hospitalization.

The poll further found that 48% are worried about losing their jobs, and 35% fear having to re-locate as a result of the pandemic.

The numbers of Americans who increasingly see the curtailment of civil liberties as a prime threat is consistent with a separate poll produced by Pew Research in mid-March. That poll found 62% of Americans believe the media has likely exaggerated the risk of COVID-19.

Thus the same majority is likely to see police and state enforcement of social distancing measures a severe overstep in authority.