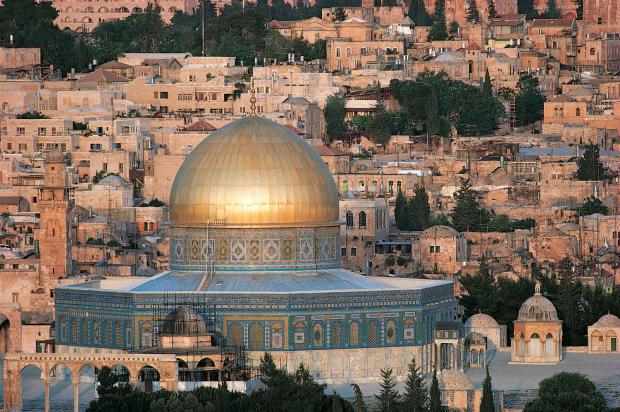 Zionism is founded on the idea that Jews today have rights to a land they had not inhabited for thousands of years. These rights supersede the rights of the Palestinians, even though they have been living on that land for thousands of years. Zionists have been so successful in selling this absurd idea, that for over one hundred years, they have been able to destroy Palestine, erase its history, kill and forcibly exile its indigenous population and bring to ruin ancient, iconic monuments that were a vital part of the landscape. The poster child of this idea today is a man by the name of Bezalel Smotrich, the man who is slated to become the new Minister for Jerusalem Affairs.

Smotrich is part of a group that was once considered on the fringe of Israeli politics and which calls for building a Jewish Temple on the site of the Dome of the Rock. No longer fringe, now this group has people like Smotrich in positions of power that threaten the very existence of Jerusalem's most important religious and historical space, the Holy Sanctuary.

Anyone who has had the good fortune to visit Jerusalem and walk around the Holy Sanctuary can attest to its beauty and serenity. Bezalel Smotrich is part of a movement that wants to destroy the Al-Aqsa Mosque and, as I described here in an earlier article, build a Temple, where Jewish fanatics will sacrifice animals in rituals whose time has long passed.