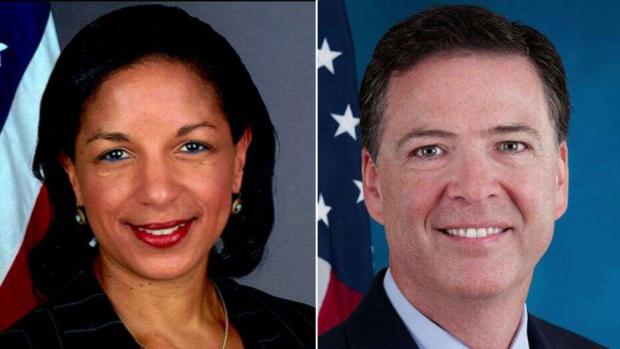 A newly declassified email that former National Security Adviser Susan Rice sent herself on President Trump's inauguration day has raised new questions about James Comey's role in the outgoing Obama administration's treatment of Michael Flynn -- but the former FBI director has not yet publicly commented on the contents of the memo.

The email Rice sent to herself on Jan. 20, 2017, documented a Jan. 5 Oval Office meeting with former President Barack Obama and others, during which he provided guidance on how law enforcement should address Russian interference in the 2016 presidential race. Parts of it were released previously, but the section on Comey's response had been classified as "TOP SECRET" until now.

The email pointed to what were apparently widespread concerns about Flynn's Russa contacts. Multiple sources confirmed to Fox News that what initially put Flynn on the radar was the number of interactions he had with senior Russian government officials in 2016, as laid out in various intelligence reports viewed by Obama White House officials.