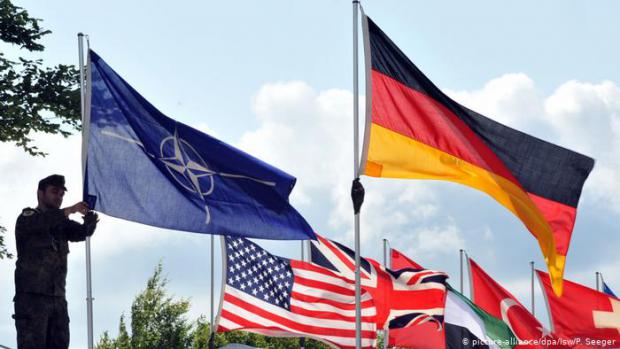 Speaking at a joint press conference with Polish president Andrzej Duda at the White House, Trump asserted that Poland was one of eight European NATO members to meet its financial commitments to the alliance, according to the Irish Times.

"The United States is defending a lot of countries that are delinquent in what they are supposed to be paying," the president said. Confirming that the US would be withdrawing troops from Germany, Trump claimed that Germany owed "close to a trillion dollars" to Nato "when you add it all up."

While he claimed that the US had secured an extra $400 billion in new spending from NATO members, he said "we will be only satisfied when all members are paying their fair share".

Trump also confirmed that the US would "probably" going to be sending troops to Poland from Germany, noting that the number of US military personnel in Germany would reduce from 52,000 to 25,000, as previously reported . "Some will be coming home, some will be going to other places in Europe. Poland will be one of the places," he said. He added that Poland would be paying for the troops to be stationed there, while he also praised Poland for the purchase of 32 F35 fighter jets.