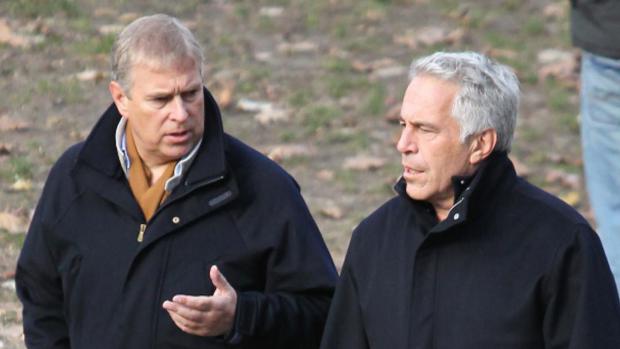 Prince Andrew is said to be 'bewildered' over the lack of response from US justice officials as the Royal Family brace themselves for new revelations after the arrest of Ghislaine Maxwell.

Andrew's six-month standoff with the FBI deepened after Maxwell was detained for allegedly helping to lure underage girls who were then sexually abused by Epstein.

Her arrest in Bradford, New Hampshire, will now intensify calls for Andrew to be quizzed about any involvement he may have had, despite him denying wrongdoing.

Andrew has previously claimed he has offered three times to be a witness in the case, but US prosecutors say he has declined their request to schedule an interview.

A source close to the Duke's working group said: 'The Duke's team remains bewildered given that we have twice communicated with the DOJ in the last month and to-date, we have had no response.'

Royal author Robert Jobson has suggested Andrew must now be living in fear that Maxwell will implicate him in the 'gruesome' activities of paedophile Epstein.

Mr Jobson who has written several books about the Royal family said that the arrest of Maxwell had to be a 'cause for concern' and an 'embarrassment' for the Queen's 60-year-old son.

'He keeps protesting his innocence, but her arrest has brought everything more sharply into focus. It is certainly a very worrying development for him,' Mr Jobson said.

THIS GUY IS BEHIND IT?