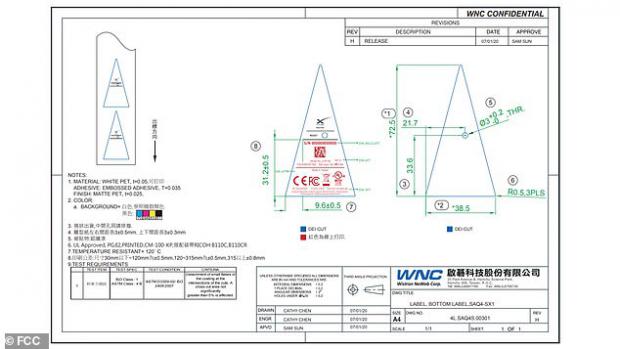 The device has been given approval by the US Federal Communications Commission (FCC) with people expected to start using it to get online in the coming weeks.

Plans released as part of the regulatory process show that an external dish will receive the broadband signal, and then connect to the Starlink Router that will provide WiFi signals to internet enabled devices around the house.

According to Elon Musk the dish will come equipped with motors enabling it to automatically adjust itself to the best view of the satellites currently overhead.

From the regulatory report the router will have a triangular base, but little else is known about its design and beta testers won't be allowed to talk about it.

In a tweet Musk said: 'No expert installer required. Just plug in and give it a clear view of the sky. Can be in garden, on roof, table, pretty much anywhere, so long as it has a wide view of the sky.'

Very few images of the Starlink kit were revealed as part of the FCC filing due to 'confidentiality issues' during the early stages of the services development.

SpaceX has been launching a constellation of broadband providing devices since 2019 and now has 540 satellites in low Earth orbit.