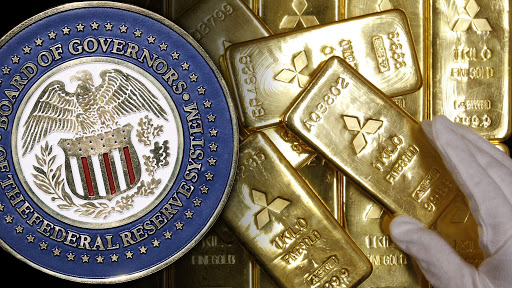 Judy Shelton, an unorthodox economist with close ties to the Trump administration, moved a step closer to a seat on the Federal Reserve Board after the Senate Banking Committee voted along party lines on Tuesday to advance her nomination to the full Senate.

Ms. Shelton moved forward along with Christopher Waller, who is research director at the Federal Reserve Bank of St. Louis and a more conventional pick. If they are confirmed by simple majority votes in the Senate, Ms. Shelton and Mr. Waller will fill the two empty seats on the Fed's seven-member board in Washington.

In a stunningly ignorant, yet hardly surprising op-ed, Steven Rattner says God Help Us if Judy Shelton Joins the Fed.

"Why do we need a central bank?" Ms. Shelton asked in a Wall Street Journal essay in 2009. She wants monetary policy set by the price of gold, a long-abandoned approach that would be akin to a Supreme Court justice embracing the Code of Hammurabi.

Anyone who questions the need for a Central Bank immediately has at least something on the ball.

The Fed has blown 3 consecutive economic bubbles of increasing amplitude.