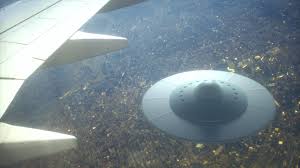 A Senate committee report last month presents the country's intelligence expenditures for this upcoming year. In the report, an Unidentified Aerial Phenomenon Task Force was mentioned. It is tasked "to standardize collection and reporting" regarding unexplained aerial vehicles. This task is about gathering intelligence that might be related to "adversarial foreign governments." The UAPTF will assess "the threat they pose to U.S. military assets and installations."

The Select Committee on Intelligence's Directive

The Select Committee on Intelligence recognizes the sensitivity of some information obtained by the UAPTF. However, it still requires the task force to submit a report every six months. The Director of National Intelligence, the Secretary of Defense, and other relevant agency heads will be overseeing the report.

The New York Times also noted retired officials involved in the task force. Former Senate majority leader Harry Reid hopes that the program could gather proof of "vehicles from other worlds." Although, its main focus remains on keeping an eye on any other nation that gets its hands on new aircraft that could pose a threat to US interests.

This month, Republican Senator Marco Rubio (FL) expressed interest in having naval intelligence prepare a public report. In an interview with CBS4, the Senate Select Committee on Intelligence's acting chairman emphasized that "we have things flying over our military bases and places where we're conducting military exercises." Sen. Rubio added that we don't know what these things are and that they're not projects of the United States, making them genuine security concerns.