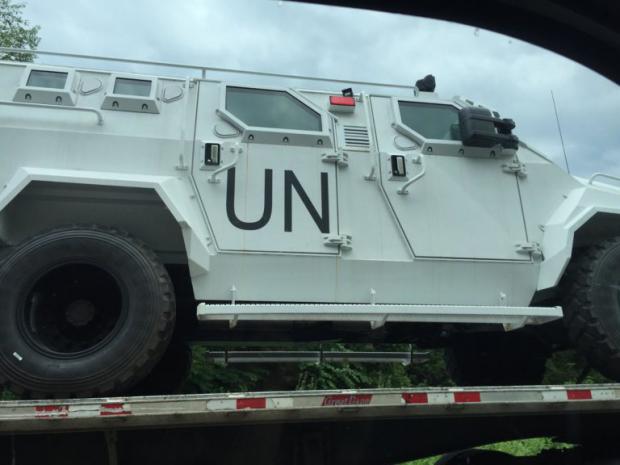 (Natural News) No doubt the headline sounds like a massive conspiracy theory of the tinfoil hat kind, but if we had not seen the reports ourselves and the documentation, we wouldn't have believed it, either.

That said, if you really wondered why President Donald Trump has no tolerance anymore for the globalist organizations his predecessors tolerated and funded while their friends and associates among the world elite relied on them to move their socialist agenda, this should answer it.

In June, to little fanfare, a report in Foreign Policy noted that after United Nations officials initially told their staffers not to participate in any of the demonstrations in the U.S. following the unfortunate death of George Floyd in Minneapolis, UN Secretary-General António Guterres "reversed course."

He informed UN personnel in an email that there's "no ban on personal expressions of solidarity or acts of peaceful civic engagement, provided they are carried out in an entirely private capacity."

Speaking to U.N. staffers at a virtual town hall meeting last week, Guterres had acknowledged that many U.N. colleagues "would like to be more vocal and active" in response to the popular protests against racism and police brutality in New York and beyond, according to a video recording of the event obtained by Foreign Policy. But he said they would have to restrain themselves.

"We are all shocked by the brutality of the murder of George Floyd. … It's important to recognize that at the center of [this crisis] there is a serious question of racism," he said. But he cautioned that U.N. staffers' status as international civil servants placed "limitations" on their freedom to speak out or act.