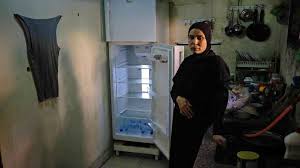 That Lebanon is enduring a major financial crisis was made clear; that US sanctions regimes have contributed to the problem was obscured in the coverage. However, America's economic strangulation of Iran and Syria is harming Lebanon, as are similar policies directed against the Lebanese group Hezbollah.

Both a political party and a militia, Hezbollah has long been detested by the US foreign policy establishment, which blames Hezbollah for the 1983 bombing of the US Marine barracks in Beirut, an attack that forced the Reagan administration to cut short its intervention in the country. That Hezbollah partners with Iran; that it compelled one of America's regional proxies, Israel, to end its 18-year occupation of Lebanon; and that it successfully fended off Israel's merciless 2006 assault on Lebanon's civilian population, makes Hezbollah even less popular in Washington.

The US's Hezbollah International Financing Prevention Act of 2015 expanded economic sanctions on the group and its TV channel, Al-Manar, to keep the party from accessing banks and to undermine its financial operations. The move "add[ed] pressure to Lebanon's already struggling banking sector, further burdening the country's economy," wrote the US-based Mideastern news site Al-Monitor (1/14/16). The law followed "many other decisions designed to tighten the noose around Hezbollah's neck and block it from the global banking system."