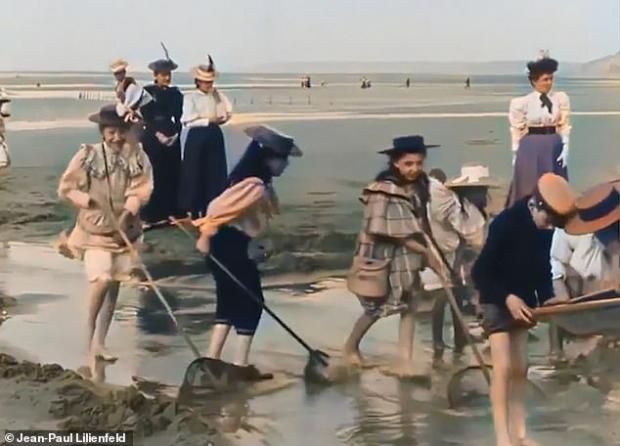 A haunting film showing children on a beach in Victorian England 124 years ago has been restored using artificial intelligence.

Now that even the background is so clear, there is a prospect of people identifying the exact stretch of British coastline where it was shot in the summer of 1896, and even identifying those being filmed.

Jean-Paul Lilienfeld, the French film director, posted the images online saying they had been 'restored and colourised by artificial intelligence', with an appropriate soundtrack of crashing waves and children's laughter and shouting added.

The original black and white version is out of copyright and widely available online, meaning enthusiasts are free to 'fill in' the data in between original frames, so creating a more flowing effect that looks closer to real life.

'Impressive how it makes them so close to us,' said Mr Lilienfeld, whose films have been nominated for César awards in his own country.

Mr Lilienfeld said the images had originally been filmed by a crew working for Auguste and Louis Lumière – France's famous Lumière brothers.