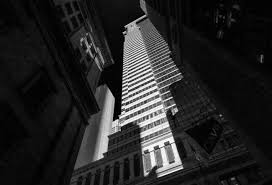 In what looks like one of the biggest leaks of private banking records since the Panama Papers, Buzzfeed News has published a lengthy investigation into how the world's biggest banks allow dirty money from organized criminals, drug cartels, and terror groups like Al Qaeda and the Taliban to flow through their networks.

The "FinCEN Files", as Buzzfeed calls them, offer "a never-before-seen picture of corruption and complicity." A lengthy investigation by Buzzfeed and the International Consortium of Investigative Journalists - the same group that handled the Mossack Fonseca leaks -

Instead of combating financial crime, the current system of requiring banks to report all suspicious transactions to FinCen simply allows money laundering to flourish, while ensuring that any enforcement will be of the 'whack-a-mole' variety.

These documents, compiled by banks, shared with the government, but kept from public view, expose the hollowness of banking safeguards, and the ease with which criminals have exploited them. Profits from deadly drug wars, fortunes embezzled from developing countries, and hard-earned savings stolen in a Ponzi scheme were all allowed to flow into and out of these financial institutions, despite warnings from the banks' own employees.

Money laundering is a crime that makes other crimes possible. It can accelerate economic inequality, drain public funds, undermine democracy, and destabilize nations — and the banks play a key role. "Some of these people in those crisp white shirts in their sharp suits are feeding off the tragedy of people dying all over the world," said Martin Woods, a former suspicious transactions investigator for Wachovia.

Laws that were meant to stop financial crime have instead allowed it to flourish. So long as a bank files a notice that it may be facilitating criminal activity, it all but immunizes itself and its executives from criminal prosecution. The suspicious activity alert effectively gives them a free pass to keep moving the money and collecting the fees.