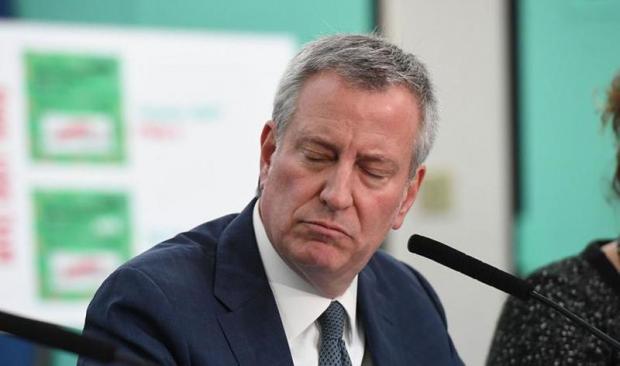 Blasio, his wife first lady Chirlane McCray, and nearly 500 other staff members will take a week of unpaid furlough sometime between October and March 2021. The largely symbolic move is projected to save the city $860,000. And since "symbolic" was the key word here, moments ago the socialist mayor announced that New York City would expand its week long furloughs to another 9,000 employees to save $21 million, they mayor said this morning.

All managerial and non-represented employees must take five furlough days from Oct. 1 through March, the mayor revealed.

Alas, this latest round of furloughs will not be nearly enough as the city faces a $9 billion shortfall in revenue through June 2021. The mayor has warned of as many as 22,000 layoffs in the absence of federal financial aid or approval from the state for long-term borrowing.

"I know this is difficult news for the dedicated public servants of our city," de Blasio said. "But we are forced to make these difficult decisions as we face a massive budget shortfall with no help in sight."