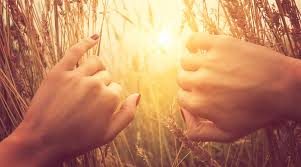 An important question naturally arises: How do we achieve freedom given the current circumstances under which we are living in America? I think most every libertarian would acknowledge that when it comes to liberty, America is a seriously bad shape.

Moreover, both conservatives and liberals, as reflected by presidential candidates Donald Trump and Joe Biden, are fiercely committed to the welfare-warfare state way of life, which is antithetical to the principles of liberty. And no matter how bad things get, conservatives and liberals become more determined to maintain the iron grip of the welfare-warfare state on American life, under the guise of protecting "freedom" and "national security."

So, what hope is there for freedom under these bad circumstances? Should we all now just accept that freedom is impossible and become welfare-warfare state reformers?

Now, whenever I point this out, reform-oriented elements within the libertarian movement go on the attack against me. They exclaim, "Jacob, you are saying that the 19th century was a libertarian panacea, which it clearly wasn't!"

So, let me make it clear (once again): I am NOT saying that the 19th century was a libertarian panacea. I acknowledge that it wasn't. I am simply saying that 19th-century Americans achieved a society without the massive infringements on liberty mentioned above that we live under today.

Why is that important? Because it shows that it is possible to achieve a society without those massive infringements! That's what libertarian reformists do not want people to focus on. They want people to believe that genuine liberty is impossible to achieve — that it is a utopia — and therefore that libertarians and others should simply settle for reform measures and call them "free market approaches."

So, that's the first point: Freedom is possible.

1 Comments in Response to How We Achieve Freedom

Freedom isn’t only possible. Freedom has been set in place for us. Jesus said, “Everyone who sins is a slave to sin,” Saint Paul said, “It is for freedom that Christ has set you free.” This freedom was gained through Jesus dying on the cross, and rising again on the 3rd day after. Freedom is accessed by believing that Jesus did it. Isaiah says it this way: “On this mountain [the hill of Golgotha on Mount Zion that holds Jerusalem] he will destroy the shroud that enfolds all peoples, the sheet that covers all nations; he will swallow up death forever.” If you don’t understand and believe this, any freedom you get will only be temporary.