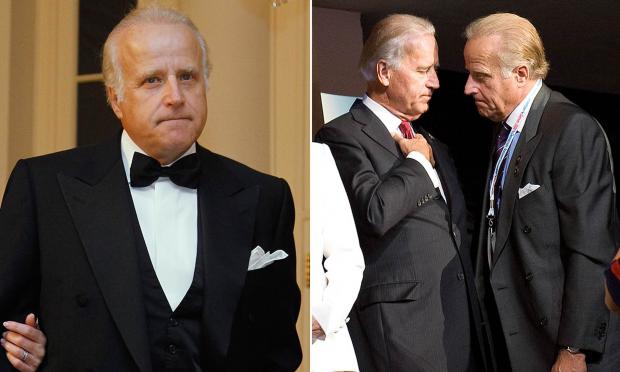 The list was reportedly sent in an email to Tony Bobulinski, Hunter Biden's former business partner in a failed Chinese investment venture.

At the time the email was supposedly sent, Joe Biden was the former vice president, a private citizen, who had not yet declared his intention to run for office. Joe Biden is not mentioned in his brother's emails, the Post reported.

Jim Biden emailed Bobulinski, Hunter Biden and several others on May 15, 2017 with the list of suggested contacts, the paper claimed.

The Bidens and Bobulinski had formed a company to partner with another firm, headed by a Chinese energy tycoon, on 'global and/or domestic' projects involving 'infrastructure, energy, financial services and other strategic sectors,' the documents obtained by the Post reportedly show.

Jim Biden reportedly recommended they approach Andrew Cuomo, the Democrat governor of New York, and Rick Scott, a Republican who at the time was governor of Florida.

Cuomo was supposedly described as someone actively involved in infrastructure projects in his state.

The email reportedly said he 'is moving forward with major infrastructure projects such as the long-stalled Tappan Zee Bridge replacement and the much-needed redevelopment of LaGuardia Airport.'