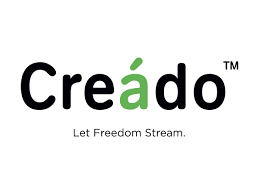 Actor and director Nick Searcy is working to provide a Hollywood alternative that is free from gatekeepers and censorship. In the current polarized world where everything is tainted by identity politics and mass censorship is taking place on behalf of China, Searcy and his partners are working on CE Studios.

CE Studios, branded Créado, is an American media and entertainment company supporting artistic freedom and traditional American values. The company, which will provide an alternative to Silicon Valley and Hollywood, will launch in three stages. Créado Cinema, set to launch in March 2021, will be a streaming service distributing pro-American films and general family entertainment.

Créado Media, set to launch in May 2021, will be a subscription-based platform for artists and influencers. The final stage will be Créado Studios, which will produce original series and films.

"For decades the Hollywood studios, the mainstream media and Silicon Valley have held the keys to the content kingdom with unfettered power over what content gets written, produced, distributed and consumed," said Searcy, in a statement sent to Reclaim The Net. "This has led to a complete cultural shift in our country where censorship, groupthink, and cancel culture are now at a boiling point in society."

According to PwC Research, China owns stakes in a majority of Hollywood studios, meaning most of the film content in the market. In simpler terms, Hollywood often no longer produces pro-American content.