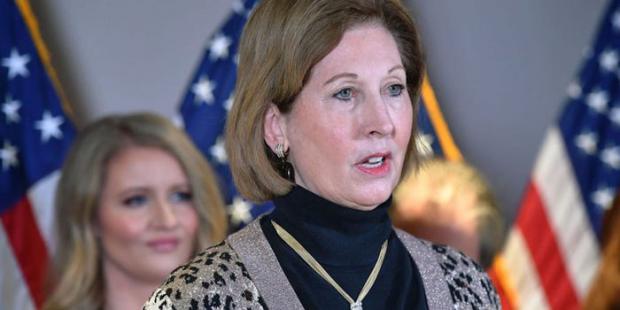 In a statement attributed to Trump attorney Rudy Giuliani, and Trump legal adviser Jenna Ellis, the team said: "Sidney Powell is practicing law on her own. She is not a member of the Trump Legal Team. She is also not a lawyer for the President in his personal capacity."

A source who spoke to Breitbart News on background suggested that the team had hoped to work with her, but that Powell's public claims had gone beyond the scope of the evidence they had seen and believed they could prove in court.

Powell had pursued a theory that Dominion voting machines, operating with Smartmatic software, were manipulable and had been responsible for switching votes from Trump to Democratic challenger Joe Biden. She also alleged that Dominion had worked with foreign governments, including Venezuela, and produced an affidavit purporting to support that allegation.

She had not yet provided evidence that votes had actually been changed, however, and has faced increasing public criticism.

Powell, an outspoken conservative, gained wide acclaim for her representation of former National Security Adviser Lt. Gen. Michael Flynn (Ret.), who withdrew his guilty plea after being prosecuted for lying to the FBI.