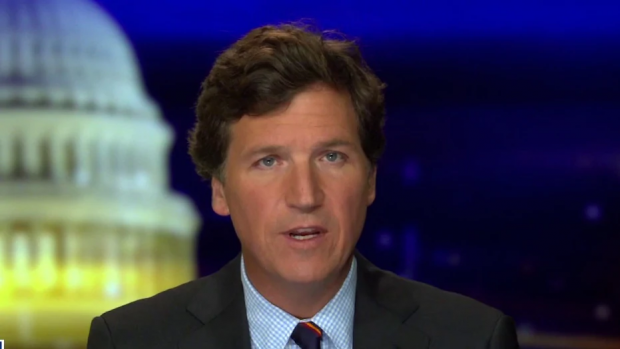 Declaring it as possibly "the single most dishonest thing that has ever happened in American politics," Tucker charged that the media, driven by its hatred for President Trump, enabled Biden to go an entire year without answering basic questions.

"What does Joe Biden believe? What are his plans for our country?" Carlson asked, adding "we still don't know the answers to those most basic questions" because "Biden made it through an entire presidential campaign, most of the year, without telling us."

"A partisan press corps let him get away with it," Carlson urged.

"If you're looking for election rigging, there you go. Tens of millions of people voted for a candidate who wasn't real. They voted for a ghost with a whitened smile," Carlson continued.

Carlson then suggested that a Biden's administration will resemble "the HR department at a large left-wing multinational, heaps of woke authoritarian social policy mixed with a corporatist economic agenda,"

"The rest of us will get stern lectures about our moral failings – those never end – while a small group of highly connected people will get even richer," Tucker warned.

Carlson added that it will be akin to "Jeff Bezos and the Google guys [taking] over the entire U.S. government" despite the fact that  "effectively they [already] have."