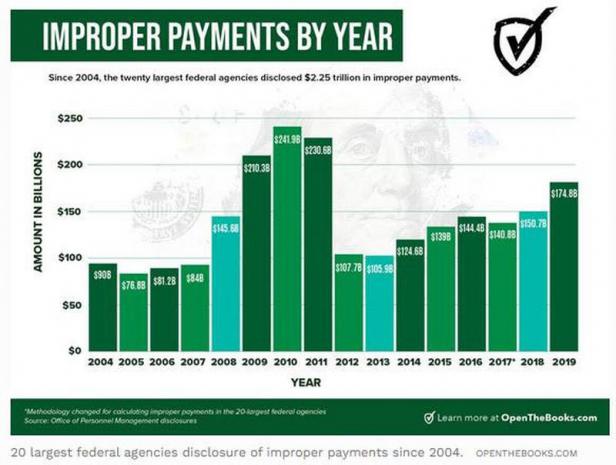 Federal law defines the term as "payments made by the government to the wrong person, in the wrong amount, or for the wrong reason."

When people or companies receive incorrect payments, it erodes trust and hinders the government's ability to finance everything from defense to health care.

Recently, auditors at OpenTheBooks.com published a 24-page oversight report analyzing why, how, and where federal agencies wasted our tax dollars last year.

Here are the top 10 takeaways regarding improper and mistaken payments by the 20 largest federal agencies in 2019: