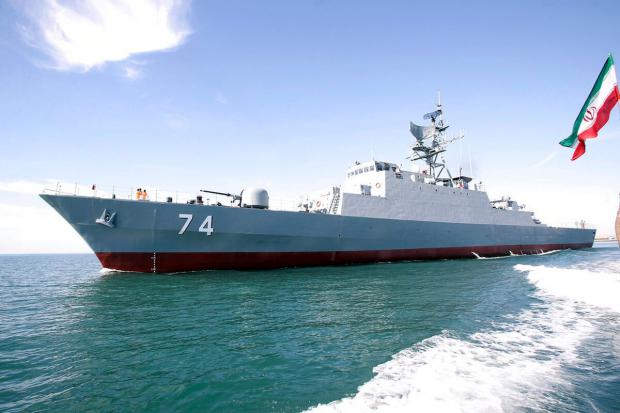 Despite the simmering tensions between the US and Iran, the top US Navy commander in the Middle East said on Sunday that Iran's naval activity in the region has been "cautious" and "respectful."

The comments came from Vice Adm. Sam Paparo, the head of the US Navy's Fifth Fleet, which is based in Bahrain. "We have achieved an uneasy deterrence. That uneasy deterrence is exacerbated by world events and by events along the way," Papro said at an event hosted by the International Institute for Strategic Studies, a UK-based think tank.

"But I have found Iranian activity at sea to be cautious and circumspect and respectful, to not risk unnecessary miscalculation or escalation at sea," he said. Paparo said he has a "healthy respect" for Iran's regular navy and the navy of the Islamic Revolutionary Guard Corps.

The US likes to complain about Iranian naval activity in the Persian Gulf and other waters near Iran's coast. But the US makes plenty of its own provocative maneuvers in the region.

In September, the US sailed an aircraft carrier through the Strait of Hormuz, a narrow waterway near Iran's western coast. The US has moved around military resources in recent months to send messages to Iran, including a group of B-52 bombers that were deployed to the Middle East in November.