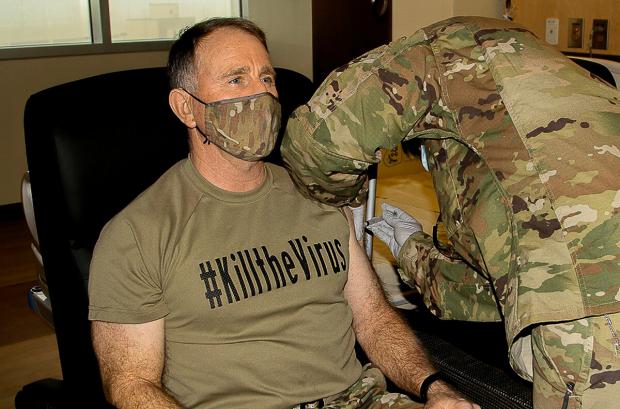 An official USFK statement reported in AFP said the military "administered initial doses of the Moderna vaccine for military and civilian healthcare workers, first responders and command staff across its medical treatment facilities in the country" at a moment the host country is experiencing a third devastating wave of coronavirus infections.

At this moment the vaccine remains voluntary among the some 28,500 US troops stationed in South Korea. "I want you to make an informed decision for you and your family regarding the vaccine," USFK Commander Robert Abrams said in a statement.

Gen. Abrams was earlier photographed personally receiving the vaccine in order to encourage all personnel to follow. Moderna is reportedly being administered at four US locations abroad based on FDA emergency authorization issued a week-and-a-half ago.

South Korea on Tuesday announced a record 40 deaths from COVID-19, as daily coronavirus cases rose to more than 1,000 again and the government moved to procure more vaccines.

The daily death toll – the highest since the country reported its first case of coronavirus in late January – comes amid a stubborn third wave of infections that have forced the authorities to tighten social-distancing measures, amid what the Yonhap news agency described as a "looming medical system crisis".

President Moon Jae-in and Moderna CEO Stephane Bancel agreed on a video call Monday for the country to procure enough vaccine doses for 20 million South Koreans, expected to be delivered by the second quarter of 2021.

Alongside other vaccine agreements for procurement, South Korea is expected to eventually have enough shots to cover over 50 million South Koreans.