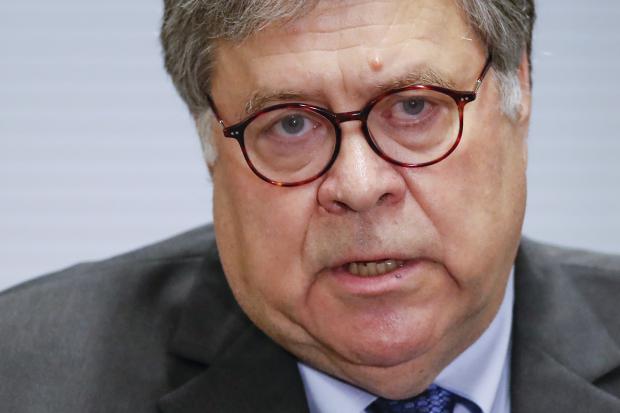 The expectation, apparently, was that Barr would clean up the "swamp" and create an American utopia free of the "deep state" at some point during his tenure. Why would Barr do this, though, when he's been a swamp creature himself since at least 1992? Conservatives must be suffering from some kind of amnesia because it is common knowledge that Barr worked back in the early '90s as attorney general under George H.W. Bush, one of the most corrupt swamp creatures in our nation's history. Like Lindsey Graham (R-S.C.) and Mitch McConnell (R-Ky.), Barr has been a staple in establishment politics for decades, having spearheaded some of the earliest known instances of warrantless surveillance against innocent Americans, as one prominent example. "The Justice Department under Attorney General William Barr launched a vast surveillance program that gathered records of innocent Americans' international phone calls without first conducting a review of whether it was legal," reports explain. "It happened in 1992, the last time Barr served as attorney general." Long before George W. Bush, "papa" Bush's son, took occupation of the White House and subjected us all to the "Patriot Act," Barr was illegally surveilling Americans without a warrant. This would explain why Barr, during his more recent tenure, declared that the Obama administration had not committed any crimes when they illegally surveilled the incoming Trump administration. Barr and his buddies in deep state government, we now know, played a direct role in Barack Hussein Obama's illegal spying activities, hence why Barr decided to cover for the illicit operation. Barr also insists that the CIA did nothing wrong by fomenting and spreading the phony Trump – Russia collusion scandal that helped to run out the clock, so to speak, on Trump's efforts to get anything done during his first term. "And, of course the FBI is now a disgrace after four more years of persecuting innocents and letting criminals go free," further notes Joe Hoft, writing for The Gateway Pundit. "Barr and FBI Director Chris Wray plotted with Deep State members in overthrowing the government this election as can be seen by their selective blindness and lack of efforts to address the coup they are part of."