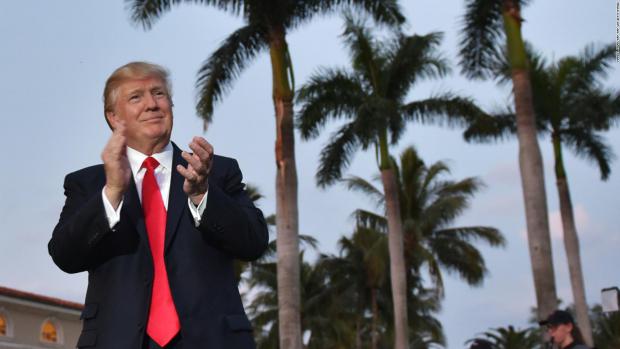 Some fear rejection from the smart New York social scene, while others want to be near the new Trump HQ as they plot his next move.

Trump's eldest son Don Trump Jr. is reported to have been house hunting in Jupiter, about half an hour up the road from his father's Mar-a-Lago estate, while several staffers are planning to rent in affordable West Palm Beach, just across the bridge from the billionaires' playground of Palm Beach.

But the events of last week, when Trump supporters overran the Capitol, may mean a frostier reception than they expected.

Laurence Leamer, who has a home in the area and is the author of a history of Mar-A-Lago, said Palm Beach was rife with stories of people trying to distance themselves from the Trumps.

"Trump is a man without a nation. They don't want him," he said.

The small community's grapevine is running hot with stories about residents telling their money managers or business associates to quit being a member of Mar-a-Lago or they would take their investments elsewhere.

The genteel world of Palm Beach has long had an uneasy relationship with Trump. It is the sort of place where old money families like to stay away from the headlines, and the arrival of a brash New Yorker made for repeated conflict over everything from the height of a flag pole at Mar-a-Lago to flight paths into the local airport.