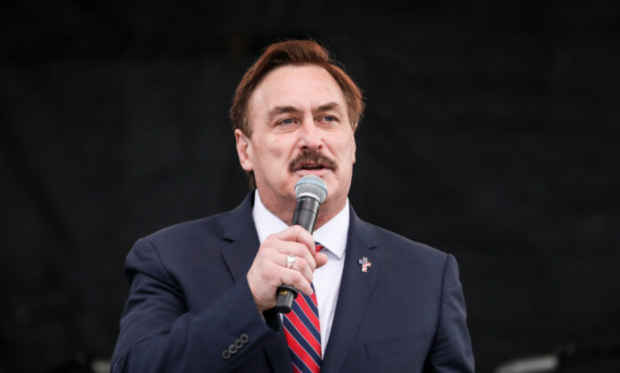 Kohl's, Bed Bath & Beyond, and Wayfair recently notified Lindell that they won't continue carrying his products. He said the actions came after groups such as Sleeping Giant pushed companies to stop doing business with him.

"These are groups that were hired to attack and crush my companies to cancel MyPillow out. And they're attacking these people, like Bed Bath & Beyond," Lindell said. "They succumb to the pressure. And you know, that's their choice. But you know what, this is the time we all have to stand up against this."

Sleeping Giants, a leftist activist group, has ongoing campaigns to pressure companies to drop conservative and right-leaning websites, such as Breitbart News and Fox News. On Twitter, it trumpeted the news that Bed Bath & Beyond and Kohl's dropped MyPillow, claiming Lindell played a part in motivating the breach of the Capitol by questioning the results of the 2020 election.

Lindell, who says his products are in the top three in box stores across the country, said that companies are afraid their business will suffer and have therefore tried to distance themselves from him and his company.

"I'm not backing down. Our country's at stake here. I grew up in this country with the American dream. And I'm the American Dream on steroids," said Lindell, who created the MyPillow in 2004 and built the business in Chaska, Minnesota. "We're the greatest country in the world."