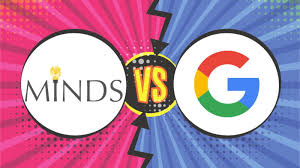 Minds founder Bill Ottman made the announcement in a post on his pro-free speech platform.

"Google Play sent Minds a 24 hour warning," Ottman said. "Our response app was accepted into the store based on our interim solution and ninja developers, but we had to remove major functionality from that version of the app."

Big Tech is trying to force Minds to play by their rules or choke them out of the marketplace. This is how Silicon Valley uses their government-granted monopoly power to enforce Big Brother.

"What is happening on the internet with major providers is fueling the cultural divide as much as anything," Ottman stated.

"We had to remove search, discovery and comments. I know. We aren't happy and we will be working towards something better," he continued.

"We will be releasing a full report on our plan for fully censorship-resistant infrastructure. For those asking about Amazon, don't worry, we have multiple escape pods ready to go," Ottman added.

The Only Growth Industry in San Francisco Right Now is Crime

Odd-Looking Three-Wheeled Electric RV From China Only Sells For $4,800

The Coronavirus Vaccine: The Real Danger is "Agenda ID2020"...