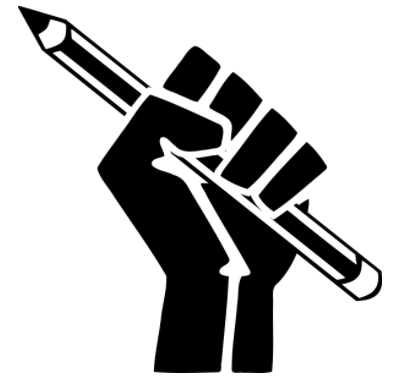 American journalism once thought of itself as being inherently and institutionally pro free speech. Visitors to the Newseum, the media industry's temple of self-glorification on Constitution Avenue in Washington, were once greeted with the First Amendment inscribed across 74 vertical feet of lofty marble. The Newseum has been closed since late 2019, its operators having discovered the hard way that the public doesn't share the media's heroic level of regard for itself.

The museum was an anachronism in more ways than one: The idea that journalists themselves look upon the constitutional right to free expression with quasi-religious awe is nearly as quaint as the idea the media could be the basis for a major D.C. tourist attraction. A publicly beloved press that earnestly believes in free speech now feels like it belongs to some fictive era of good feelings. These days, the American public distrusts the media more than it ever has.

Confronted with this crisis of legitimacy, today's corporate media increasingly advances ideas that would delight would-be power trippers of any party—like establishing novel forms of government control over what you can see, read, and hear and identifying people with a broad range of unpopular or unapproved views as domestic terrorists. Public discourse is now a "conflict space" with social media serving as an "information warzone," the public intellectual Peter W. Singer declared in an essay published a few days after the alternately scary and farcical Trump riot on Capitol Hill, seamlessly adapting a framework of state-level physical violence to a discussion of constitutionally protected speech.

In recent years the United States has seen more severe acts of political violence and deadlier riots than the events at the Capitol—but American guarantees of free speech apparently should not survive the shocking image of Nancy Pelosi's office being ransacked. The notion that free expression is sedition's handmaiden or that the prevention of treason should be a higher goal than the open exchange or exposure of allegedly dangerous arguments are not controversial views anymore; they pop up frequently, among putatively liberal-minded commentators in The Washington Post and The New York Times.

Media skepticism toward free expression actually began long before the Capitol riot – and before Trump was elected. The New Yorker's Kalefa Sanneh anticipated the rising ambivalence toward the existing First Amendment regime when he likened "speech nuts" to "gun nuts" in a 2015 essay. Today, support for the mainstream American free speech norms of earlier, less-Trump-addled times is increasingly cast as a kind of sinister eccentricity, as when Slate declared in the days after the Capitol assault that "We have come to a moment in which one half of the country is fighting to be free of crippling, life-ending acts of stochastic terror, while another half of the same country is chillingly preoccupied with their right to just talk shit."

How chilling, to be preoccupied with one's individual rights—or at least to not understand that the legitimacy of one's constitutionally guaranteed freedoms depends on the "moment" that "we" might be "in." Sanneh wasn't quite so sneering, and in the end he predicted that custom would override any late-breaking sense of national emergency: "Perhaps America's First Amendment, like the Second, is ultimately a matter of national preference," he mused. In any case, Sanneh wasn't calling for anyone to suffer criminal penalties for protected speech.

Sanneh's seeming lack of enthusiasm for fining or jailing people who disagree with him is getting less common among members of a media class determined to show that "enemies of the state" are its enemies, too. In a 2019 Washington Post opinion piece, Richard Stengel, the former managing editor of Time magazine and co-author of The Long Walk to Freedom, Nelson Mandela's now-classic autobiography, argued that the U.S. was in need of hate speech laws, contending that "the First Amendment ... should not protect hateful speech that can cause violence by one group against another." As the Biden administration's transition team leader for the U.S. Agency for Global Media, he will no doubt find plenty of support for his vision for state-regulated speech among a long list of regimes that journalists once professed to abhor.

Techno-Censorship: The Slippery Slope from Censoring 'Disinformation' to Silencing Truth

AOC Has COMPLETELY Lost It!