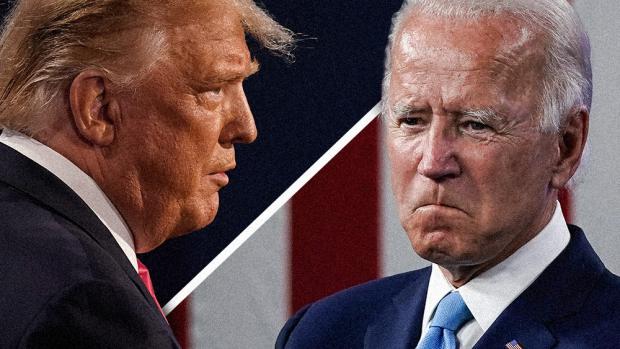 (Natural News) For months after the November elections, advocates and attorneys for now-former President Donald Trump argued that the contest was rigged against him.

But it wasn't just rigged, per se; the election was outright stolen from him.

Some have alleged out-and-out voter fraud. The verdict on this: True.

Some have said that voting machines were altered to favor President Joe Biden and weighted against Trump. The verdict on this: Uncertain; the voting machine maker and firm that provided the software have both launched massive libel lawsuits so apparently those companies didn't do anything wrong or don't believe anyone will be able to find out how the switches were made.

Some have suggested that massive amounts of otherwise disqualified ballots were added clandestinely and illegally after state-mandated deadlines. Verdict: It certainly seems so.

And still others have said that voting laws were changed ahead of the November election by Democrat legal teams and operatives in ways that heavily favored Biden. Our verdict on this: Bingo!

Now, months after the fact, Time magazine has reported that the 2020 election was "fortified" against the incumbent president in a way that made it impossible for him to win.

There was a conspiracy unfolding behind the scenes, one that both curtailed the protests and coordinated the resistance from CEOs. Both surprises were the result of an informal alliance between left-wing activists and business titans. The pact was formalized in a terse, little-noticed joint statement of the U.S. Chamber of Commerce and AFL-CIO published on Election Day. Both sides would come to see it as a sort of implicit bargain–inspired by the summer's massive, sometimes destructive racial-justice protests–in which the forces of labor came together with the forces of capital to keep the peace and oppose Trump's assault on democracy.

The handshake between business and labor was just one component of a vast, cross-partisan campaign to protect the election–an extraordinary shadow effort dedicated not to winning the vote but to ensuring it would be free and fair, credible and uncorrupted. For more than a year, a loosely organized coalition of operatives scrambled to shore up America's institutions as they came under simultaneous attack from a remorseless pandemic and an autocratically inclined President. Though much of this activity took place on the left, it was separate from the Biden campaign and crossed ideological lines, with crucial contributions by nonpartisan and conservative actors. The scenario the shadow campaigners were desperate to stop was not a Trump victory. It was an election so calamitous that no result could be discerned at all, a failure of the central act of democratic self-governance that has been a hallmark of America since its founding.