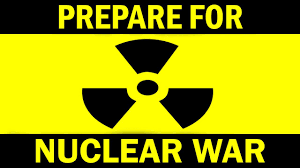 The Pentagon's energetic generals are beating their war drums and the President has as yet done nothing to rein them in, Brian Cloughley writes.

Some senior generals and admirals in and around Washington have been very busy recently, and their activities, while aggressive, have not been associated with directing current combat operations. Rather, they have been directed at attempting to influence the Administration of newly-elected President Joe Biden to restructure military forces, expand the nuclear arsenal and magnify specific warfighting capabilities. All of this is what might be expected of those whose business and dispositions are aimed at organising destruction and death, but the manner in which their aspirations are expressed are not consistent with what is expected of military personnel in a democracy.

The U.S. Department of Defence is now headed by a Biden-appointed retired general who has not voided the directive concerning "Political Activities by Members of the Armed Forces" which notes that "members on active duty should not engage in partisan political activity."

This long-standing instruction was last reiterated in 2008 but it cannot be said that generals and admirals have followed its letter or spirit, and the present echelons of senior officers appear determined to flout it by wide publication of their personal points of view concerning the military posture of their country. This, by any interpretation, is "partisan political activity." No government should tolerate meddling by the military.

On February 2 the chief of staff of the U.S. Air Force, General Charles Q Brown, and the Commandant of the Marines Corps, General David H Berger, had an opinion piece published in the Washington Post in which they expressed overall support for the 2018 National Defense Strategy but complained that "it has not changed defence investment priorities at the scale or scope necessary to prepare the U.S. military for great power competition." In other words, they consider their enormous armed forces, on which some 740 billion dollars are to be spent this year, are not ready for war in spite of that allocation of taxpayers' money being 11 times that of Russia and three times that of China.

Not to be outdone in public pronouncements, the following day the commander of U.S. Army forces in Europe and Africa, General Christopher Cavoli gave a speech in which he said that "the U.S. military needs more long-range artillery and other advanced weaponry in Europe to be able to take on enemy forces . . .", and it is reasonable to ask if this sort of policy indicator is approved by the new President.