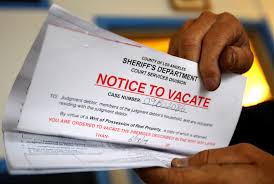 U.S. District Judge John Barker, a Trump appointee, ruled in favor of a group of property managers and landlords who challenged a Centers for Disease Control and Prevention (CDC) order that prevented them from temporarily evicting tenants for non-payment of rent during the CCP (Chinese Communist Party) virus pandemic.

The CDC order in question was initially issued in September 2020 and was originally set to expire on Dec. 31, 2020. It was extended to Jan. 31 and then again until the end of March. The order aimed to mitigate the spread of the pandemic by reducing congregation in shared living settings or in unsheltered homeless areas, and support state and local responses to the disease.

The order made it a crime for a landlord or property owner to evict a "covered person" from a residence, subject to several exceptions. Tenants who are covered by the order include those who have used their best efforts to obtain government assistance for rent or housing; or whose income falls below a certain income threshold.

The order only pauses evictions but does not relieve tenants from rent or housing payments.

Barker said eviction moratoriums are usually enacted by states and that the lawsuit does not question the states' authority to do so. But plaintiffs in the case are asking the court to determine whether the U.S. Constitution allows the federal government to order or legislate a nationwide moratorium on evicting specified tenants.