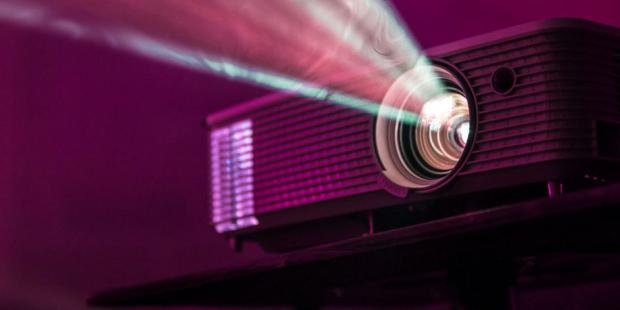 Smart portable projectors are great for impromptu movie nights or gaming sessions, but waiting for autofocus to sharpen a thrown image can make a few seconds seem like ages. ViewSonic's M2e unit employs time-of-flight sensors instead of AF cameras to achieve autofocus in a second.

"By applying ToF technology, we have reached a new milestone with the launch of the M2e, which fulfills carefree usage at home," said ViewSonic's Dean Tsai. "As people now tend to stay at home more often, the new M2e allows them to enjoy an unprecedented audiovisual feast and the precious moments with family instantly and effortlessly."

Projector users generally have to hit a button on the remote to trigger a refocus when a unit is moved, or make manual adjustments on the focus ring. The M2e senses when it's changed position, and fires up the AF system where ToF sensors measure the distance between the projector's emitter and the wall or screen based on the time it takes for photons to hit the target area, which is reported to be highly accurate and "3–5 times faster than the normal autofocus that uses a camera for continuous image capturing and matching."

Connectivity shapes up as Wi-Fi and Bluetooth, USB 2.0 and USB-C, HDMI 2.0, and microSD. The unit rocks two 3-W speakers customized by Harman Kardon, though there is a 3.5-mm audio out jack if you want to cable the projector up to your own sound system or listen through headphones. There's no battery built in though, so you'll still need to find a nearby power source to plug into.

LG is quitting the smartphone business