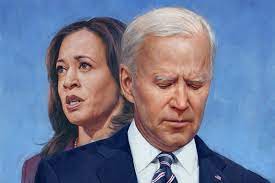 Journalist Micah Curtis wrote that under normal conditions, domestic terror due to white supremacy is defined as individuals who target others because they believe that the white race is superior to everyone else. However, Bishop Garrison, senior diversity advisor to Defense Secretary Lloyd Austin, has slandered all supporters of Donald Trump as racists, and he may consider half of the country that voted for Trump as extremists. The system was declared to be "agnostic" in its application, however, the definition of 'extreme' could feasibly encompass anything because it is not defined, and those in power are politically biased.

Joe Biden's administration has unveiled a plan to tackle domestic terrorism in the US. But with no definition of what is considered 'extremism' and a desire to get the public to snitch on neighbours, there's potential for chaos.

Most Americans despise terrorists, both foreign and domestic, and the US has experience of both. So, when the Biden administration came forward with plans to combat domestic terrorism, one would reasonably have expected some rather standard practices and understanding of what they are looking for.