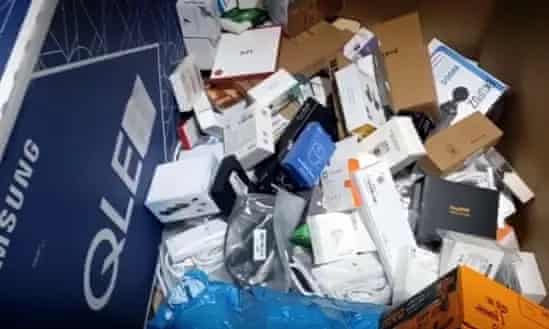 A recent undercover investigation in an Amazon warehouse in Dunfermline, Scotland, reported the disposal of more than 130,000 "new or lightly used" objects in a single week in just that one location. Public outrage was clear. Questions were asked about how Amazon could be so wasteful and why weren't the usable objects sent to those in need?

Amazon responded to the ITV investigation by saying it is "working towards a goal of zero product disposal," and that "no items are sent to landfill in the UK." UK business secretary Kwasi Kwarteng responded to the warehouse story with "surprise" implying that this waste was unexpected (both Amazon and the Scottish government have circular economy strategies designed to limit waste to landfill). The Amazon whistleblower behind the story claimed "there's no rhyme or reason to what gets destroyed" suggesting this "surprise" waste was the consequence of a disorganized system.

But waste doesn't just happen. Trash is the result of socio-cultural acts of classification in which objects are considered valueless within a particular context. Organizations classify objects within financial accounts. From an accounting perspective, the waste in the Amazon warehouse was neither disorganized nor unexpected but rather was a predictable consequence of accounting designed for a linear economy.

Most objects in financial accounts are classified as stock, a type of asset. Stocks depreciate in value over time, until ultimately – when cost of storage outweighs potential return – that unsold stock becomes a liability. Organizations can choose how to dispose of their liabilities but, in balance-book terms, the stock has become waste: worthless objects to be discarded (in the cheapest possible way).