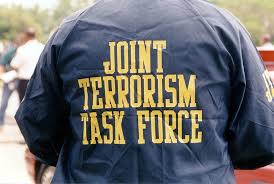 This 'virus' terrorism that has been structured and stoked by this heinous government for the purpose of depopulation, power grabs, and control over society, is now being greatly ramped up in order to shut down all questions, all speech, all facts, and all those that would not comply with draconian mandates issued by this corrupt state. If such a criminal coup is able to be accomplished by the state thugs, all opposition to the status quo of planned economic demolition, sickness, mind and body destruction, and death by the ruling class will have been effectively stopped, leaving only those ready and willing to act as slaves instead of fighting for their own liberty. In effect, with the gallant truth seekers marginalized or taken down, no resistance will be evident, and only the compliant sheep-like masses will be left, negating any defense against totalitarian rule. But of course, that is the plan.

We are faced with extreme terrorism, but it is not being waged by foreign mercenaries, jihadists, white supremacists, or domestic dissenters, it is the state itself that practices terrorism against the people. In essence, war is being waged against this country from the inside by this government, its controllers, the mainstream media, the pharmaceutical industry, the big technology sector, the banking system, and all government's other fascist partners. The American governing system is the enemy of all of us, and few will be exempt from its tyranny if large scale resistance is not forthcoming.