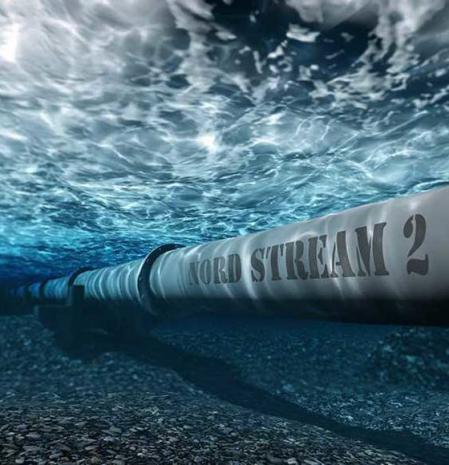 Led by Ukraine, which fears the transit fee losses that Nord Stream 2 would bring, and the Baltic States and Poland, which are too reliant on Russian gas supplies already, this opposition led to legal battles and threats of sanctions if Russia "tries to use the pipeline as a weapon against other countries," according to German Chancellor Angela Merkel.

The project also attracted the attention of the new global gas export giant, the United States, for which the European market is a most lucrative one thanks to its repetitively stated desire to diversify gas supply sources.

The U.S. slapped sanctions on the Russian participants in Nord Stream 2 and threatened their Western European partners with sanctions, too. Germany opposed this, for which reason Nord Stream 2 has proceeded and is now nearing completion. And yet, Europe is facing a gas crunch this winter and is eager to see Nord Stream 2 go live.

Earlier this year, when Gazprom fulfilled its gas deliveries to Europe per long-term contracts, it was not enough to fill Europe's empty storage and prepare it for winter. Ukraine immediately took the opportunity to accuse Moscow of "blackmail," but the EU, in an unusual move, disagreed.

There were "no indications of specific behaviour by any of our suppliers to drive up prices," one EC official told the Financial Times in July.

"The current situation is a reflection of global market dynamics. All EU regions now have access to more than one source of gas, so are less vulnerable to supply squeezes coming from an individual supplier," he added.