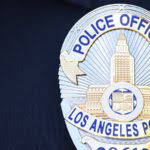 According to the report, "field interview cards" used by LAPD officers contain instructions to record a civilian's Facebook, Twitter, Instagram and any other social media accounts - along with basic biographical information. Chief Michael Moore has reportedly told cops to collect the data for use in "investigations, arrests, and prosecutions," and has warned officers that the cards will be audited by supervisors to ensure they're filled out completely.

"There are real dangers about police having all of this social media identifying information at their fingertips," said Rachel Levinson-Waldman, a deputy director at the Brennan Center for Justice, which obtained the documents.

The Brennan Center conducted a review of 40 other police agencies in the US and was unable to find another department that required social media collection on interview cards (though many have not publicly disclosed copies of the cards). The organization also obtained records about the LAPD's social media surveillance technologies, which have raised questions about the monitoring of activist groups including Black Lives Matter. -Guardian