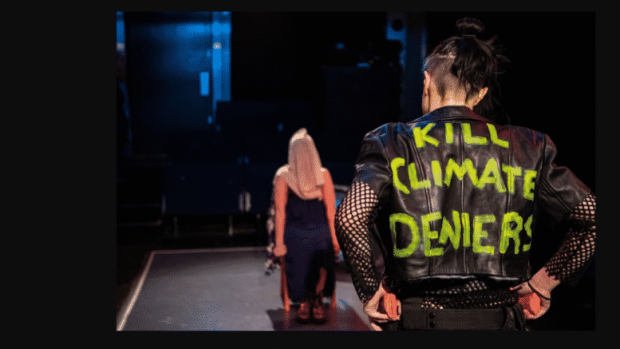 Several years ago, climate propagandist Al Gore stated, "Climate deniers deserved to be punished." As tyranny gains traction, it always finds a way to forcibly suppress its intended victims. This article nails it: "The climate movement has discovered criminal law as a tool for conducting climate politics."

This is an important article that should be read word-for-word to understand the radical shift in legal theory. ? TN Editor

The climate movement has discovered criminal law as a tool for conducting climate politics. To complement civil lawsuits against states and corporations, the movement's activists intend to invoke torture and a newly proposed crime of "ecocide" to target corporate executives, politicians, and others who stand in the way of their preferred policies. In pushing their agenda, these activists receive assistance from the judiciary—specifically, the European Court of Human Rights.

The use of criminal law to pursue climate politics is a further step in the radicalization of the climate movement and poses a threat to economic and political freedoms, the rule of law, and democracy. If the movement is able to realize its plans, all those who do not support ambitious climate policies would have to fear prosecution and imprisonment. Conversely, threatening criminal sanctions against politicians and corporate executives will create powerful incentives to adopt ambitious climate policies and the dominant pro-climate narrative.