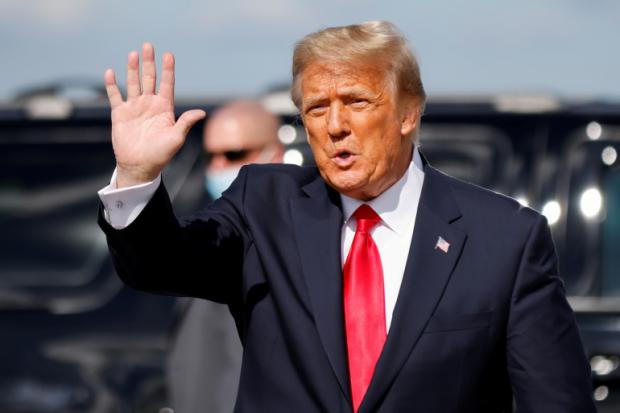 The "King of Debt" promised to reduce the national debt — then his tax cuts made it surge. Add in the pandemic, and he oversaw the third-biggest deficit increase of any president.

One of President Donald Trump's lesser known but profoundly damaging legacies will be the explosive rise in the national debt that occurred on his watch. The financial burden that he's inflicted on our government will wreak havoc for decades, saddling our kids and grandkids with debt.

The national debt has risen by almost $7.8 trillion during Trump's time in office. That's nearly twice as much as what Americans owe on student loans, car loans, credit cards and every other type of debt other than mortgages, combined, according to data from the Federal Reserve Bank of New York. It amounts to about $23,500 in new federal debt for every person in the country.

The growth in the annual deficit under Trump ranks as the third-biggest increase, relative to the size of the economy, of any U.S. presidential administration, according to a calculation by a leading Washington budget maven, Eugene Steuerle, co-founder of the Urban-Brookings Tax Policy Center. And unlike George W. Bush and Abraham Lincoln, who oversaw the larger relative increases in deficits, Trump did not launch two foreign conflicts or have to pay for a civil war.

Economists agree that we needed massive deficit spending during the COVID-19 crisis to ward off an economic cataclysm, but federal finances under Trump had become dire even before the pandemic. That happened even though the economy was booming and unemployment was at historically low levels. By the Trump administration's own description, the pre-pandemic national debt level was already a "crisis" and a "grave threat."

Trump: 'I do believe they are going to decertify the election'