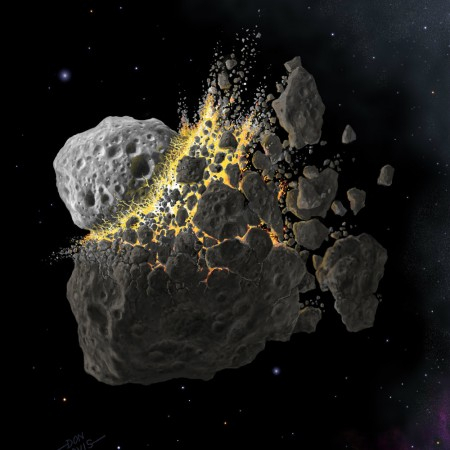 NASA said on Monday that its mission to deflect an asteroid in deep space using a spacecraft is targeting a late November launch.

Known as the Double Asteroid Redirection Test (DART) mission, the U.S. space agency will send the DART spacecraft to a pair of asteroids - the Didymos binary - at 1:20 a.m. EST on November 24 aboard a SpaceX Falcon 9 rocket from Vandenberg Space Force Base in California.

In doing so, it will change the speed of Didymoon a fraction of a percent, but it will be enough so NASA can measure its altered orbit.

This will provide valuable input into future missions to deflect asteroids.

At roughly 160 meters (524ft) wide, Didymoon orbits a much larger space rock known as Didymos that is approximately 780 meters (2,559ft) across.

Of the two asteroids, Didymoon is more likely to hit Earth, given there are more space rocks its size that NASA and the Center for Near-Earth Object Studies (CNEOS) have yet to observe.

'DART will be the first demonstration of the kinetic impactor technique, which involves sending one or more large, high-speed spacecraft into the path of an asteroid in space to change its motion,' NASA said in a statement.