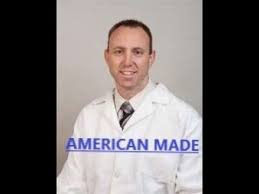 Dr. Christopher B. Rake is on unpaid administrative leave from the University of California Los Angeles Medical Center

On Monday, he filmed himself being escorted out of the hospital after he tried to enter, despite his suspension

He told his supporters: 'This is what happens when you stand up for freedom'

Rake has been vocal about his anti-vaccination stance

In August, he was filmed at an anti-vaccine rally railing against Gov. Gavin Newsom's requirement that health care workers be vaccinated against COVID

In response, UCLA Health issued a statement saying his comments did not represent the views of the hospital system

Tools In The Service Of Tyranny

How Fanatics Took Over the World