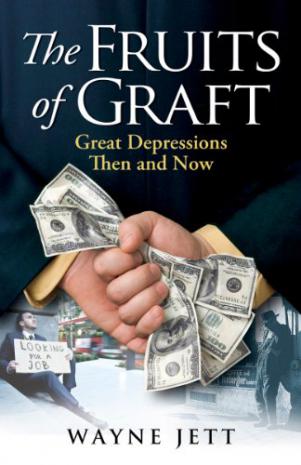 In this episode of The Banking With Life Podcast, Wayne Jett returns to start a series with James around Wayne's book, "The Fruits of Graft: Great Depressions Then and Now." Classical economics, mercantilism, and a little bit about The Great Depression are discussed in today's episode. 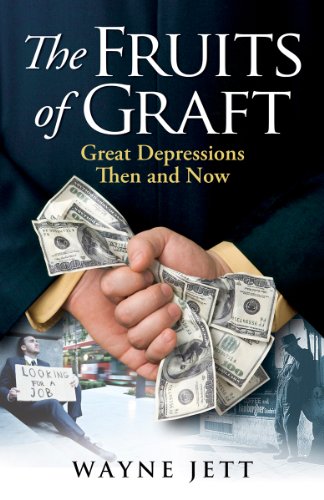 What, and who, caused the Great Depression, and is this reoccurring in America today? This book answers these questions. The facts will shock and alter your worldview. Americans are misled about the Great Depression, U. S. financial markets and economic policy. This is reality even with constitutional protection for freedoms of speech and press. The true story is finally told and documented by The Fruits of Graft.
Americans are not, after all, a classless society, though a majority are productive middle class who spurn class distinctions. Nearly all will be astonished to learn that American poor and middle classes are targets
of ruthless, ceaseless class warfare.
Class warfare is not waged by the people themselves, but by a small, powerful circle of ultra-rich. These dominant elite crave a two-class society in which they hold "full power." Their power over government is so complete they are above the law.
In centuries past, these dominant elite were called mercantilists. They kept the Dark Ages dark until commoners won political and economic rights. The aspiring middle class raised itself to prosperity using tools of republican democracy, capitalism and classical economic theory.
In 1900, after a century of giving ground, mercantilists rallied forces in
America around an agenda designed to destroy the middle class. The dominant elite grew power and capital enormously in the 20th Century. In 2011, they hold greater resources leveraged more effectively with government authority than at any time in world history. The middle class is on its
heels, badly wounded.
The author applies problem-solving disciplines of engineering, law and classical economics to the task of laying this confrontation bare in plain terms, readable by all. The challenge remains for Americans to save our heritage and restore ideals of liberty and justice for all.

Wayne J e t t
Raised and educated in Oklahoma, the author distinguished himself as legal counsel in dozens of cases in U. S. and California appellate courts, including the U. S. Supreme Court. After he entered the financial sector in 2000, evidence of pervasive market fraud led to research on the Great Depression.
Shocking discoveries led him to write this book.