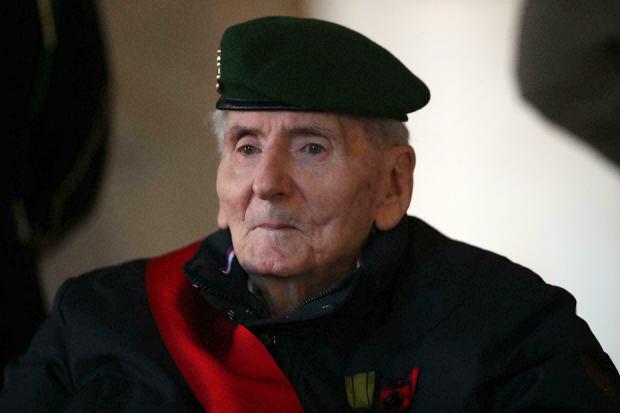 Born in Paris in 1920, Hubert Germain walked out of his entry exam for France's Naval Academy to join the resistance in June 1940, just after the French state surrendered to the Nazis.

He turned in a blank exam so as not to have to serve in the army under the command of the enemy, telling the shocked examiner: 'I am going to war'.

Days later, he and three friends were on a boat to London to join General Charles de Gaulle's Free France Force. 'I had rage in my stomach,' he recalled last year.

The four were among some two thousand volunteers to enlist at Olympia Hall in Kensington.

'Rising from his examination table, he preferred to hand in a blank paper rather than give a blank cheque to the France that had gone to bed, that had given in to resignation and renunciation,' President Emmanuel Macron's office said, adding that Germain 'embodied a century of freedom.'

Macron 'bows down in front of the life of this figurehead of Free France,' the Elysee Palace said.

Germain, himself the son of a decorated general, in later life described his first meeting with de Gaulle, a moment he said he would never forget.

'He stopped for a second, looked at me and said: 'I am going to need you.''

'When at the age of 18 you get that amid a general disaster, it is something that moves you deeply.'

De Gaulle expressed his own admiration for Germain by awarding him the esteemed Order of the Liberation - an honour given to only 1,038 people celebrated as Companions of the Liberation, considered France's highest bravery honour.