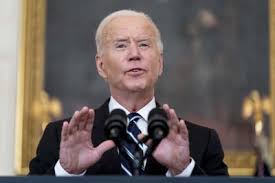 With civic guidance and political leadership absent on the heels of multiple national crises, the entire country is now roiled in an era of massive civilian disobedience campaigns as thousands of American workers seek protection from President Biden's flawed vaccine dictates.

If you listen to Biden's recent incoherent statement on vaccine mandates or you are an incurable aficionado of what used to be called mainstream media, you may think there is reason to believe that a formal Presidential Executive Order mandating national Covid vaccinations had been issued.  As with many Democratic initiatives, the truth and reality of Biden's September 9th announcement are frequently at odds.

There was no mention of an Executive Order despite the widespread public message that a mandatory national vaccination decree was being applied to American businesses and the non-vaccinated public. Leave it to the Democrats to exaggerate their authority as they retain utter control over the lives of Americans; not unlike committed authoritarian gangsters intent on mugging what remains of our Constitutional republic.

Soon after the alleged 'mandate' was announced, House Speaker Nancy Pelosi offered further proof of how little the Democrats care about the American people or its economy when she announced that enforcement of the 'mandate' was included in the $3.5 trillion "reconciliation' bill with a serious infraction costing employers up to $70,000 per violation and up to $700,000 for repeat offenders who dare question vaccine mandates as Un-American.