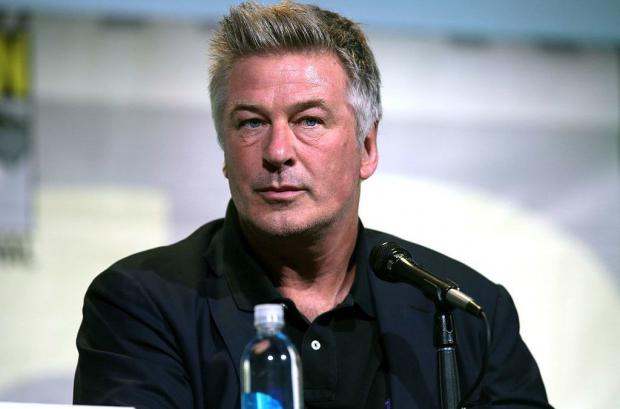 (Natural News) The mainstream media is now widely reporting the actor Alec Baldwin accidentally shot and killed cinematographer Halyna Hutchins with a "prop gun," characterizing the shooting as a "mishap" that also involved the wounding of film director Joel Souza who, "is expected to survive," according to media reports.

According to the UK Daily Mail, when Baldwin pulled the trigger of the so-called "prop gun," it "somehow unintentionally launched a projectile or projectiles at the crew members."

I have news for the UK Daily Mail. That's a real gun, not a prop gun. Any gun that, when the trigger is pulled, accelerates a projectile down a barrel with enough speed to strike and kill another person is, in fact, a functioning REAL gun. Calling it a "prop gun" is deliberately misleading, because it implies the firearm does not function. Clearly, Baldwin was firing a functioning gun.

Make no mistake, if you tried to sneak this gun through TSA security at the airport, you would be arrested and charged with carrying a real gun. You can't just explain it away as a "prop gun."

Furthermore, the description of this shooting raises the huge question: Why was Alec Baldwin pointing this gun at the cinematographer and pulling the trigger? There is likely no scene in the movie where the actor (Baldwin) shoots at the person behind the camera. The fact that the Director of Photography and the film Director were both shot indicates, almost certainly, that this was the result of off-camera gun play.

In other words, it seems likely that Alec Baldwin was goofing around with a real gun off camera, pointing it at people and pulling the trigger, seemingly more than once. Although we can't yet confirm this for sure, it is the best interpretation of what we know so far. The entire media establishment will no doubt go to tremendous lengths to try to cover up the truth about this and protect Alec Baldwin's career, given that he's a raging leftist and anti-gun freak.

But that's part of the problem: People who don't know how to handle guns shouldn't play around with them, because when they do, they sometimes end up shooting innocent people. Alec Baldwin just proved that, sadly.

Every person who has undergone firearms training knows about the four rules of gun safety:

1. Assume all firearms are loaded.

2. Never point the gun at any person you don't intend to kill.

3. Keep your finger off the trigger until the moment you have made the decision to fire.

4. Know what's behind your target, because bullets can travel a long distance and hit things you didn't intend to hit.

It seems clear, based on current reports, that Alec Baldwin violated at least three out of those four rules. That's on him, not the "prop gun" that apparently fires real projectiles. We know the gun was real because Hutchins is really dead, sadly. That means she was really shot by a real projectile accelerated by a real gun that was really fired by Alec Baldwin, according to multiple media reports.