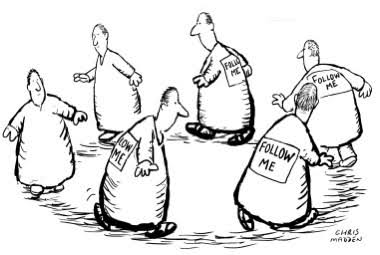 The report was inadvertently published by the British government before being hastily pulled down, but numerous journalists were able to retrieve its contents.

The document explored how to weaponize behavioral psychology to 'nudge' the public into supporting measures and adopting behavior without them explicitly knowing they're being manipulated.

The investigation found that the same techniques the government used to force people into accepting lockdown could be used to make them change their lifestyles in the name of preventing climate change.

Under the heading "principles for successful behaviour," the paper noted;

"Government statements, actions and laws powerfully shape perceptions of normative and acceptable behaviour. For instance, even with public criticism being high, many still perceived government approval as the yardstick for safe behaviour during COVID-19 'we're allowed to do this now [so must be safe]…'. This reveals, for many, a deep set reverence for legitimate government authority, regardless of one's personal political views."

While PR stunts such as having officials vaccinated live on television worked to convince people of the narrative, elite hypocrisy (public officials violating lockdown rules) was found to cause significant damage to public trust.

"Perceived hypocrisy can do a lot to undermine efforts to build public engagement and support. This was observed during the COVID-19 pandemic when prominent authority figures broke guidelines, leading to measurable reductions in public compliance as well as shifting attitudes."