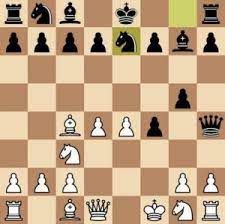 "Violence is the last refuge of the incompetent" – Isaac Asimov, Foundation

"Message to Goon-world: you're fucked."

Why? I am not saying that our side has won yet, but your momentum has been broken. From here it is a set of skirmishes, and I like my odds on most of them. And we don't have to win many to win it all. If you latte boys had grown up getting in bar fights you would know that by now.

These changes you tried to shove down our throats as fait accomplii are all now being adjudicated in every state Supreme Court in the land and several dozen federal districts as well. And the 5th Circuit Court of Appeals (the federal system, middle of three layers) has now halted the next leg of your advance until further judicial scrutiny, which is not going to go well for you, because the science and law are not on your side, which you know, which is why it is only through trickery that you got to the point of almost getting away with shoving all this down our throats in the first place.

A Federal Appellate Court has just busted your scene, folks. Your play against the working Middle Class of America, demanding every firm of >= 100 employees have mandatory vaccination, is scuttling. How long before a federal appellate court does the same for the DoD? If the 5th Circuit Appellate Court is already stepping in, that is one step from SCOTUS….